Our intention is to offer you a balance and range of grape varieties, from a spread of regions which produce our South African wines. Value for money is one of our key selection criteria, whilst at the same time endeavouring to bring you some of the wines of true international stature. We are confident that you will find a wine of your choice to compliment your meal.

Our wines are stored in our “Green Door” Cellar. The story goes, because the founders of Umngazi River Bungalows had their own “illegal” supply of alcohol, prior to the acquisition of a liquor licence. Basil Leach, the owner of Umngazi River Bungalows, used to store this “illegal” liquor in a room with a Green Door. Whenever guests ran short or wanted to buy from Basil, they would meet behind the “Green Door” and a discreet transaction would take place. The actual door into the “Green Door Wine Cellar” is made from the Yellow wood Counter out of the old Umngazi Trading Store. Hence the name the “Green Door Wine Cellar”.

Should you wish to bring your own ‘special’ wine onto our premises, there will be a R70.00 corkage fee per bottle.

Chardonnay – origin France. Owes it’s fame to Burgundy, whose wines are regardedas the benchmark for all it’s Chardonnays. It is also one of the traditional varieties in Champagne. Chardonnay has only been planted in South Africa since the 1980’s. That has not been without controversy, the early plantings having to be smuggled in, in addition some of the smuggled plants were subsequently discovered not to be Chardonnay and have since been discarded. Fortunately all this is in the past and Chardonnay has been widely planted. It is a variety that has grown well around the world. It is used in South Africa as a varietal, both wooded and unwooded, as a base for many of our Cap Classique Bubblies and often used to blend with other white grapes. Small compact bunches of pale green to yellow grapes.Trading Store. Hence the name the “Green Door Wine Cellar”

Chenin Blanc – origin France. The Loire Valley is this varietals home and has been for the past 8 centuries. Planted throughout the world, its popularity in South Africa suffered a little in the late 80’s and early 90’s. Since 1995 it re-established its rightful place in the top echelons of South African wines. This was probably one of the varieties that was brought across in Van Riebeeks time and has been extensively planted. Chenin is a big yielding grape and for this reason has been the backbone of the South African distilling business. Wonderfully versatile by nature it can be dry or sweet. The skill of the winemaker really shows and at times can be confused with a Chardonnay or a Sauvignon Blanc depending on the desired result. However it stands alone, particularly when old bush vines are being used. Prior to 1995 it was usually called Steen but after that date experts agreed the varietal was definitely Chenin Blanc. Medium very compact bunches of oval small

Origin Germany. Not to be confused with our Cape Riesling which has been correctly identified as Crouchen Blanc. The true Riesling used to be described as Weisser or Rhine, this is no longer the case. This is very definitely a noble white grape. Very versatile producing a wine that can be sweet or dry. Planted throughout Europe with large plantings in Russia. The true Riesling was only introduced into South Africa in the mid 1970’s. Bunches are small and compact. Berries are also small and have a yellowish green colour. The grape produces an amazing amount of juice for its sizegreen/yellow grapes with lots of juice.

Origin France. Home in Bordeaux where blended with Sauvignon Blanc, the wonderful dry Graves is produced. At the other end of the scale the world famous dessert wine Chateau d’Yquem has as its base Semillon. This grape has been very popular amongst New World producer, lots in Chile, Argentina and Australia. Surprisingly it has been around in South Africa for a very long time being introduced here in the 18 Century. It was probably the most popular grape grown in South Africa in the 19 Century. By the 1990’s it had nearly disappeared. Today it is taking its rightful place in the popularity stakes. Produced both as a single varietal and as a wine used in blends. Early ripener, medium compact bunches round medium sized golden green berries with lots of juice.

Origin France. Bordeaux is the home of this varietal were it is usually blended with small percentages of Merlot and or Cabernet Franc. This creates the world renown Bordeaux blend often referred to as Claret. Cabernet Sauvignon is the classic red wine varietal, known as the king of red varieties and acknowledged as such throughout the world. Cabernet Sauvignon has been planted in South Africa for over 200 years and is well acclimatized. In South Africa a lot of wine is produced as a straight varietal and also in various blends including the famous Bordeaux Blend. Cabernet Sauvignon is a late season grape. The bunches are medium sized with small round berries, that are often nearly black. This gives the wine that wonderful colour. Fairly tough skins with a wonderful bloom.

Usually acknowledged as Origin Persia. Known as Syrah in most countries. Most producers in South Africa and Australia call it Shiraz. This is a little strange as it is generally believed that its origins were in present day Iran from the Persian town of Shiraz. Today its home is in the Hermitage and Cote-Rotie in the Rhone Valley. Australia would love to say that its home is there, for they produce some really superb wine from Shiraz. Very happy in warmer climates. It also has a long history in South Africa, for quite a while its popularity was limited due to poor plant material. Today we produce some wonderful Shiraz wines that rival France and the Aussies. Shiraz has a characteristic for producing big bold wines giving a real mouthful of taste, love it. Medium sized loose bunches, small to medium dark blue to black grapes giving up lots of juice.

Sauvignon Blanc – origin France. Home in Burgundy where the World famous Montrachet and Meursault are made. The fine dry whites of Burgundy are producedby blending Sauvignon Blanc with Semillon. It is also a component in the incredible dessert wines Sauterne. The Loire Valley produces it in a single variety in the famous wines of Sancerre and Pouilly-Fume. South Africa produces some very fine examplesof this wine both wooded and unwooded. New Zealand made excellent examples ofthis wine but we are catching up quickly. Compact medium bunches of small oval grassy green grapes.

Origin France. The correct name for this variety is Crouchen Blanc. When first introduced in South Africa probably in the early 1900’s it was thought to be Riesling and the name stuck. Originating in the Pyrenees where very few vines still exist. Very popular in South Africa in the early 1970’s. We even exported it to Australia. With the introduction of so many other varieties into South Africa the number of plantings has decreased, still well loved by many locals. Normally produced as a dry unwooded wine with a light grass like bouquet. Compact small bunches of small oval green grapes.

Origin unsure. Believed to have been introduced into Europe by the Romans possibly from Egypt or Persia. However its home is very definitely Alsace where most people would agree the best Gewürztraminer wines are made. Gewurz is German for spice which truly describes the aromatic bouquet of this fruity wine. Small plantings in South Africa. Small loose bunches of oval pink-copper berries.

Origin France. At home in the Northern region of Rhone, never really large plantings and it nearly died out in the 1960’s with only 15 hectares under planting. It had a revival from the 1980’s Australia and California both have good plantings. Viognier took its time to reach our shores with production of wine from these grapes only starting in the very late 1990’s. Starting to become fashionable in South Africa. Medium sized bunches of green berries.

Origin Proudly South African. Developed by Professor Perold at the University of Stellenbosch during the 1920’s. It was not until the 50’s that large scale plantings took place. One of the treasures of our wine industry is still a bottle of Lanzerac Pinotage produced in the early 60’s. It really was not until the 1990’s that the wine became popular. In the mid 1990’s overseas buyers became keen buyers. Beyers Truter became known as the king of Pinotage for his passion for this grape. Plantings have spread from South Africa to America, Canada, Australia, New Zealand and Zimbabwe. A low bearing grape with small compact bunches of blue black grapes.

Origin France. Has its home in Bordeaux particularly around St-Emillon and Pomerol. It is Pomerol that produces one of the worlds most expensive wines Chateau Petrus. Merlots popularity in South Africa is fairly recent, in the last 20 years. Produced both as single varietal and blended with other red grapes. South Africa also reproduces France’s Bordeaux blend very successfully. Mid season ripener with loose large bunches of medium sized black round grapes.

Origin France. Home since the 4 century in Burgundy. In addition to the wonderful Burgundy reds it is one of the traditional grapes for making of Champagne. In fact there is more Pinot Noir planted in the Champagne district than in Burgundy. Originally imported to South Africa by Professor Perold of Pinotage fame. Not the easiest of wines to make. Peter Finlayson was one of the first South African winemakers to produce a really excellent quality Pinot Noir. Used increasingly as a single variety, we have also followed the French in including it in many of our Cape Classique bubblies. Small compact bunches of oval purple / black grapes. 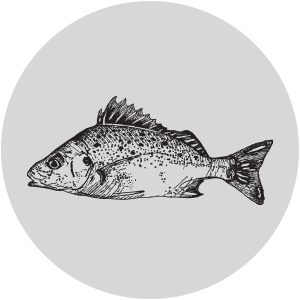 An award-winning, unique, beach hotel and spa on the Wild Coast of South Africa.

The perfect sundowner spot 🍹🔥🌄 Where is